Support. Don’t Punish. Global Day of Action Around the World

Support. Don’t Punish. Global Day of Action Around the World 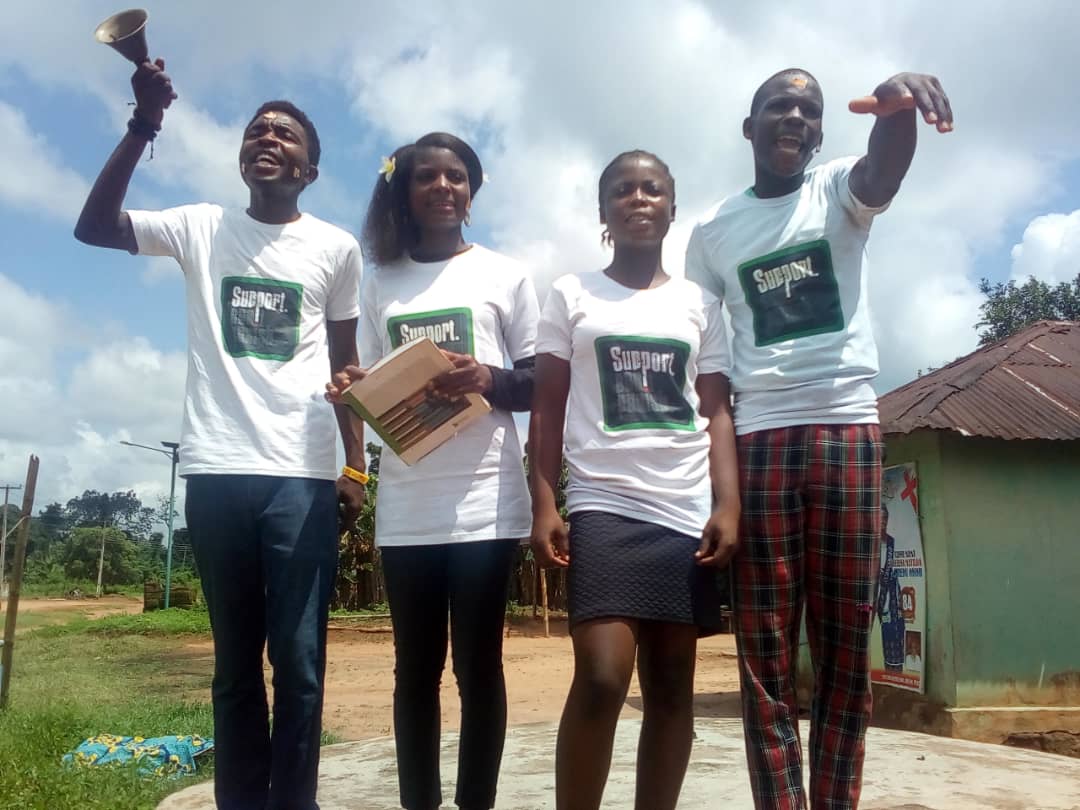 Category: Blog/International | July 11, 2019 By Róisín Downes No comments yet

This month, SSDP is raising $15,000 for the International Activities Fund, which supports our work outside the United States by funding chapter events, policy change campaigns, and scholarships to SSDP2020. Throughout July, we will be sharing stories from members of the global SSDP family discussing their victories, struggles, and ideas for the next year. SSDP members across the world held events for the Support Don’t Punish Global Day of Action on June 26, 2019. Here are a handful of actions our chapters organized:

Ghana
SSDP Ghana marked the Global Day of Action with a series of activities. The Southern part of Ghana saw young SSDP activists join more than 40 stakeholders including the West African Drug Policy Network, health practitioners, youth and other civil society organisations at a public seminar with media engagement to develop a common message for sensible advocacy on Ghana’s Narcotics Control Commission Bill, which is currently undergoing review by Parliament. SSDPers in the Northern part of Ghana commemorated the day with grassroots actions and meeting with people who use drugs who were in rehabilitation. The team also engaged with a District Magistrate Court to discuss drug sanctions and prosecution with judges. They ended the Global Day of Action with a visit to a local prison to provide educational information on drugs and reaffirm to them SSDP’s position and commitments towards fighting against mass incarceration, injustice and stigmatization to safeguard the fundamental human rights of all people who use drugs.

Ireland
Dublin City University and University College Dublin chapters collaborated with UISCE (a union representing the voices of people who use drugs in Ireland) and Youthrise to plan a meetup of Irish drug policy reform activists. As medical cannabis and decriminalisation are more widely discussed by Irish politicians, this open forum allowed drug policy reform activists from Ireland to join together. With speakers from various ages, backgrounds, and relationships with drugs, powerful discussions ensued, particularly with Anne Buckley, a woman who is passionate about strengthening the voices of those who have previously suffered or are currently suffering from substance use disorders.

Sierra Leone
“In my opinion as a minister representing the youth of this country, contrary to punitive actions on drugs and young people affecting youth development, I say, for so many benefits of medical cannabis including medicinal, economic and touristic purposes, it is good we legalize cannabis based on the above mentioned and the government is working on that.” -Sierra Leone minister of youth affairs Hon. Mohamed Orman Bangura

The quote above was taken from the Youth Affairs Minister’s speech at the Sierra Leone Support Don’t Punish event. The event revolved around the theme of creating safe and supportive environments for people who use drugs. An all-star panel of Chernor Bah (CEO of Purposeful Productions), Prince Bull (West African Drug Policy Network) and Theophilus Gbenda (Sierra Leone Rastafarian Movement) discussed drug policy reform and social attitudes. The panel was followed by a performance piece about the War on Drugs in the Philippines, highlighting the human rights perspective on drug policy.

Nigeria
SSDP Nigeria hosted a conference for young people and students of Crescent University, Abeokuta, a school with a high rate of expulsion of students for their drug use. The first keynote speech came from Ekwu Eucharia, a representative of the National Drug Law and Enforcement Agency (NDLEA), who spoke on the criminal aspect of drugs. Her speech offered everyone an anthropological glimpse into the government’s perception of usage, trafficking, and cultivation of drugs in Nigeria. Barrister Habeeb Whyte, a legal practitioner in Ogun State, spoke about the right to legal representation for drug cases, and the need to separate traffickers from users. Dr. Awolaran Bukola, a psychologist who works with the Neo-Psychiatric Hospital, explored the boundaries with which we live that are unnatural and opposite to psychedelic experience (that is love, respect, acceptance and common humanity), and drugs being a public health issue. Her speech came from a community perspective about consciousness and cooperative learning. Bashorun Olufemi, the SSDP Nigeria President, spoke about the need to change the drug policies in Nigeria. Barrister Mujeeb Imram, a lecturer in the Bola Ajibola College of Law in the institution, who represented the Vice Chancellor of the university, explained the reasons behind the school’s decision to embark on the kind of approach it did to discourage the usage of drugs by students. Students and youth of the host community have voluntarily decided to commence a reintegration program with the Neo-Psychiatric Hospital, Abeokuta.

Gambia
In the Lower River Region, SSDP Gambia organised a National Symposium to discuss drug control policy reform. Representatives from African Network for Information, Action Against Drug (RAID-THE GAMBIA), Ministry of Health and Social Welfare, Gambia Police Force, National Drug Law Enforcement Agency, Immigration Officers, the media, civil society organizations, and youth and student leaders were among the 60 people in attendance. Through a presentation and exhibition from the National Drug Law Enforcement Agency, participants had the opportunity to see the different types of samples of drugs in the Gambia and around the globe. The stakeholders were encouraged to participate in drug policy reforms in line with the international community, particularly in regards to human rights and a public health approach on drug use.