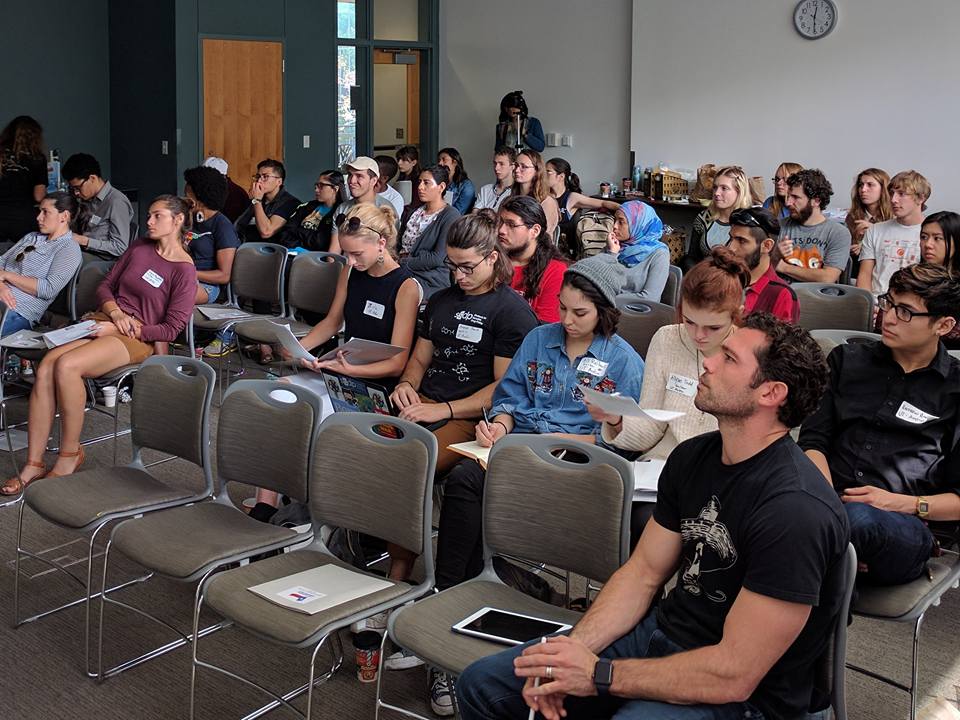 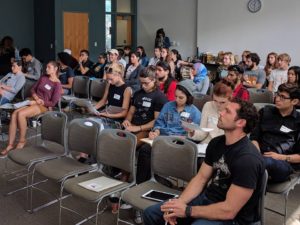 The final SSDP Regional Conference of 2016 took place on the campus of the University of Texas at Austin, November 11-13, 2016. SSDPers from 10 campuses in Texas were in attendance, the largest gathering of SSDPers of any kind in the Lone Star State. This conference also happened the weekend after Election Day, so emotions were high for many of the attendees coming off of those historic and surprising election results. To kick things off on Friday evening, attendees met on campus at the student center for an informal meet & greet and group discussions about chapter building, Texas politics, and the recent election results. Official conference activities began on Saturday morning with a presentation and training by Heather Fazio, the Texas Political Director for the Marijuana Policy Project (MPP). Heather gave attendees a briefing on the current state of Texas’s marijuana laws and the work advocates are pursuing at the state level, including cannabis decriminalization, and a comprehensive, whole plant medical marijuana program. Heather also gave an interactive presentation about the nuances of the legislative process in Texas and how local advocates can positively affect policy decisions during the 2017 legislative session. The second session of the day focused on harm reduction, where Mark Kinsly and James Walker of the Austin Harm Reduction Coalition (AHRC) and the Texas Overdose Naloxone Initiative (TONI) collaborated to offer a comprehensive overview of harm reduction theory and practices. They included reducing stigma and health disparities, implementing syringe access and exchange programs, and preventing the transmission of HIV and Hepatitis C. Attendees also received direct training on how to administer naloxone and respond to drug-induced medical emergencies. After lunch, attention turned toward the drug war and immigration. The University Leadership Initiative (ULI) and Texans United for Families (TUFF) explored the connection between drug war violence, US prohibition, migration crises in Central America and Mexico, and immigrant detention in private and public facilities in Texas. The panelists also offered their proposed solutions for achieving migrant justice and broadly explained significant immigration legislation and initiatives, including DAPA, DACA, and the recent US v. Texas decision. To finish the evening, Kristen Henderson from Austin Anarchist Black Cross and Jorge Renaud with Texas Advocates for Justice engaged in a critical discussion of the prison-industrial complex, which has been sustained by the rise of drug war-induced mass incarceration in the late 20th century. The discussion covered the private prison industry, prison abolition and divestment, the exploitation of prison labor, and the conditions in prisons across the United States. People who had been formerly incarcerated also shared their experiences and perspectives. 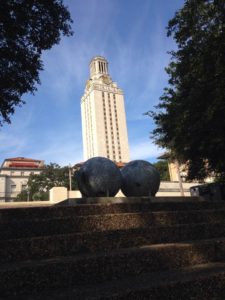 University of Texas at Atustin

Sunday’s programming took on a more international tone. The first panel of the day titled ‘The Impact of the US Drug War on Latin America’ featured  Héctor Joel Anaya, the Director of Estudiantes por una Política Sensata de Drogas, Dawn Paley, author of Drug War Capitalism, and Avia de la O, a graduate student in the Teresa Lozano Long Institute of Latin American Studies. Panelists discussed how drug policy promoted by the United States, including the Merida Initiative and Plan Colombia, has impacted Latin American communities, resulting in increased violence against women & families, economic devastation, and mass migration. The most anticipated session of the conference and the most highly rated by attendees was ‘The New Jim Crow: Race & the Drug War.’ Njera Keith from Black Sovereign Nation (BSN), Charles Holm from the Austin chapter of the International Socialist Organization (ISO), and Dr. Stephen Marshall, a Black Studies Professor at UT Austin, discussed the racist origins and current practices of the War on Drugs drawing on the theoretical framework from “The New Jim Crow” by Michelle Alexander. The panelists also explored how drug war-era policies, including the rise of the police state and civil asset forfeiture, codified institutionalized racism. The final session of the conference was ‘Drug Use in the Era of Globalization’ bringing together SSDP alumnus Victoria Jara, indigenous anthropology scholar Juliana Willars, and Tane Ward PhD, the Co-Founder/Director of Equilibrio Norte, for an analysis on how the War on Drugs has fostered the creation of an exploitative global drug trade to satisfy the demand of US and European users of illicit substances. They argued that the international narcotrafficking economy disproportionately impacts and exploits indigenous communities for the use of sacred substances such as tobacco, coca/cocaine, ayahuasca, psychedelic mushrooms, and peyote. This was the first ever Texas SSDP Regional Conference. I am hopeful that with the growing chapter presence we have there, this may become an annual event moving forward.