The ‘Cannabis Cannibal’ and Social Psychosis

Yesterday, we all found out that Miami’s “Causeway Cannibal”, Rudy Eugene, wasn’t actually found to have any traces of “bath salts” in his system. The news came after the release of his long awaited toxicology report. The lone substance found was marijuana. Mr. Eugene has now gone from “Causeway Cannibal” to “Cannabis Cannibal” in a few news stories about the case. Sadly, in all likelihood, Mr. Eugene was probably suffering from the extreme comorbid effects of serious mental illnesses. 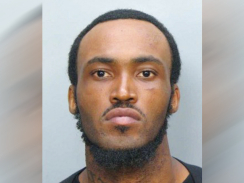 Unfortunately, this follows a familiar pattern. Almost every illicit substance known today has undergone similar social epidemics. Remember the social emergence and media demonization of PCP and Crack? Look at the history surrounding famous college basketball star and cocaine –not crack– overdose victim, Len Bias. The reporting of his death was the faulty crux of a greater media scare revolving around crack, that ended up helping instill one of the most socially damaging laws of the war on drugs. (The death of Bias was the social tipping point that lead to the establishment of the the crack cocaine sentencing disparity that devastated African American communities around the nation.)   Which is similar to what happened last week with the “bath salts” scare. Once again, cynical lawmakers used the scare to help rush bad legislation through Congress. As far as I can tell, the lone source of information that suggested Mr. Eugene might have been on bath salts was the speculation of a Miami police officer, without any evidence to support his opinion. This speculation would be repeated in practically every subsequent news story about Mr. Eugene.   There is not much reason to think that this story will be bad for the movement to end marijuana prohibition. The social perception and use of marijuana has risen to such a level in our current society, that news reports like this are more likely to elicit laughs, not screams, given that 50% of Americans are thinking about legalizing cannabis. Most people have never used bath salts, so it’s easy to believe propaganda about how terrible they are. On the other hand, so many people have used marijuana at this point in our history that it’s hard to pull one over on tens of millions of people who know that marijuana may give you the munchies, but not the munchies for human flesh.