HomeBlog The Case of Mexico

The Case of Mexico

The Case of Mexico

You know the context in Mexico by now. 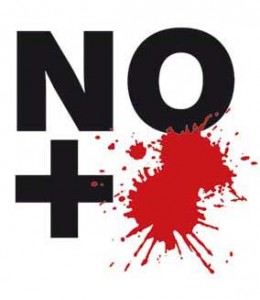 If not, you can read about a protest SSDP-University of Oregon organized to coincide with Cinco de Mayo. This group used 36 people in a fall-down protest to signal, 1,000 for each person, the number of fatalities in the Mexican-US drug war since 2006. And follow this sequence of events: Felipe Calderon comes into the presidency in 2006. He starts a war against drug traffickers. Even with, or perhaps partly a result of placing military as police in Mexico’s cities streets and highways, the homicide rate soars. The US through the State Department and the Merida Initiative has pledged up to US $1.4 billion for a militarized campaign, and funds to revamp the criminal justice system towards greater openness. None of these strategies has calmed the violence. By mid-2006 36,000 people have died; a quarter of a million have disappeared; the world’s most dangerous city Juarez, on the US-Mexico border, has shed a quarter of a million inhabitants; Mexico is the world’s most dangerous place for journalists; and nobody knows how many orphans this violence has produced, and what sort of a response Mexico’s psychological services can provide. We know that forensic medical workers are overworked. These statistics and facts mean that more people have become caught up in webs of violent death, many and perhaps most just minding their business while the army, police, and drug trafficking organizations fight over the sovereignty to control an illicit, prohibited market. These are the broad facts which comprise the context, ever-changing as it tends to be. And of course, since the country is at war, there are many more facts, most of them macabre. Many of them registered as barbarities. And within such bleakness, several protest movements have arisen. MEXICO’S MASS ANTI-DRUG WAR PROTEST MOVEMENT…WHAT IT IS AND WHAT IT ISN’T It was inevitable. Mexico can sometimes be a country of protests, and when problems become massive and intractable, so resistance to those problems has the likelihood of being large. It happened with the Ejercito Zapatista de Liberacion Nacional from 1994 – 2001, commonly known as the Zapatistas. It happened with the student strikers who shut down the National Autonomous University, the UNAM from 1998 – 1999. These are two massive movements considered to have undermined the Partido Revolucionario Institucional’s seventy year hold over power from 1930 – 2000. Mexico’s mass protest movement du jour, popularly known as the Marcha por La Paz, was brought together by Javier Sicilia, a little known poet, writer, and Catholic militant after his son, Juan Francisco, and six other youngsters were killed in Cuernavaca, just south of Mexico City. It is a tragic case. And perhaps because the case comes from middle Mexico, those not-quite-well to do folk, who live on the precipice of Mexico’s political economy including many in the middle class, it played better in the media. After a while, and with discontent in politics at new heights, Javier Sicilia, a drug war victim, embraced the role of reformer of the state. The most consistent demands from Sicilia concern democracy, security, and justice. Sicilia’s demands have nothing to do with ending prohibition, and nobody in his movement has said very much about what happens to Mexican sovereignty when US anti-drug interests rule Mexico’s political economy. This means that whatever suggestions Sicilia makes regarding democracy, security, and justice, his protests will have missed explaining why the Mexican drug war exists. In almost all of the news coverage after the march on Sunday, correspondents allowed marchers to describe the problems coonfronting the country through its drug war: the crisis of the presidency, continuing corruption, impunity, no opportunities for young and old. Almost NONE of these articulations concerned dismantling prohibition, a form of organizing the state’s violence against drugs which has so clearly undermined democracy, security, and justice in a number of countries around the world. This means that, in the current Mexican case, being against the drug war does not necessarily mean being against prohibition. And it means that once again, coalitions — which includes SSDP — like those led by the Drug Policy Alliance will want to continue to pressure all political actors in Mexico, those in mass movements, and those in formal politics, of the need for anti-prohibition as the central, complex, rationale, sound, pacific policy choice through which advances in security, democracy, and justice will eventually flow.