HomeUncategorized The Festival of Freedom

The Festival of Freedom

The Festival of Freedom 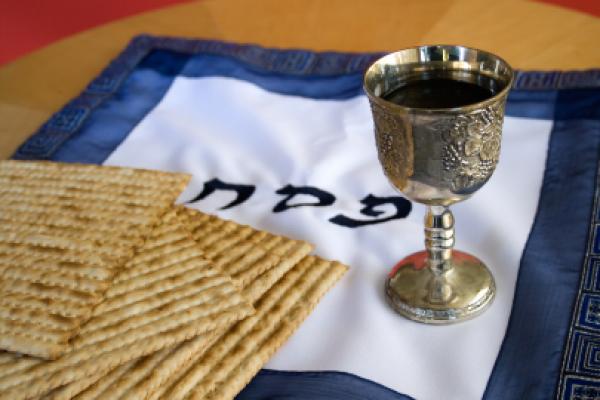 Category: Uncategorized | April 19, 2019 By Jake Agliata No comments yet

Every year on this day, ‘Bicycle Day’ is celebrated in memory of the famous bike ride that the Swiss Chemist Albert Hofmann made from his laboratory to his nearby home on a spring evening. That ride, when he first started to notice the physical and mental sensations as a result of accidental ingestion of LSD, became symbolic in the psychedelic community, where it’s thought of as ‘the day when the molecule that changed history was discovered’.

A year ago I wondered what else happened on that same day. A quick search in Wikipedia brought to my attention that on April 19th, 1943, the Warsaw Ghetto Uprising broke out. That moment, the two events were immediately interconnected.

During the same exact hours when Hofmann was riding his bicycle from his laboratory to his home in Basel, experiencing what came to be referred to as “the first ever LSD trip in history”, visual distortions both confusing an amusing him, a different event was taking place far away. 1,230 kilometers away, the Warsaw Ghetto inhabitants were fighting for their lives, rising up against the Nazis to try and save themselves in a heroic act of defiance. These two simultaneous events, both taking place on the evening of April 19th, 1943, could have become a mere anecdote. But when looking at the vast participation LSD had in one of the world’s strongest and most renowned countercultures, one cannot stop and think of the symbolism this marginal fact brings with it.

Approaching the 1960’s, the hyper-consumerist, industrialized, suburban US lifestyle that the baby boomers were growing accustomed to was starting to reveal its shortcomings. As questions were arising in young people’s minds about the morals and values that American society had by then embodied, the search for divergent forms of behavior had commenced. The sanctioned materialistic, utilitarian mindset was facing a thirst for spiritual, metaphysical realms that were not aligned with the North American day-to-day life. And when this thirst met LSD, the latter became a serious catalyst of the emerging counterculture.

If the fundamental element of reality and its different perceptions were becoming questioned, so were beliefs about the young and the oppressed being able to change it, and so were the imagined desirable realities themselves. Dreams of social change that would lead to harmony and unity among all humans with the earth and Utopian aspirations of international freedom and brotherhood were no longer familiar only from the religious prophets’ texts, but from people’s own visionary experiences. And with the tangibility that LSD brought to these inner encounters, came the need to act and bring about change through refusing to take part in oppressive institutions, such as the military.

These simultaneous events happened on the night of Passover, the festival of freedom.

Our mental liberty is no less important than our physical freedom. That’s one of the reasons that it’s so critical in my view to research our consciousness, and the fact that this is a legal offense in most countries only proves how much it is being denied of us. Which is more of a reason for me to make a point of fighting for that basic right.

Today, on April 19th, 1943, a tool was discovered that can assist us in liberating ourselves from the chains of our defined and restricting consciousness.

On the Same day, Jews broke out of the Ghetto and fought for their lives.

A few thousand years ago, on this day the Israelites left Egypt from slavery to freedom.

I wish us all a happy Passover, and may we all keep striving for our freedom, both outer and inner.