This article originally published on http://the-libertarian.co.uk/ The UK’s Liberal Democrats may once again propose serious reforms in British policies toward illegal drugs. These will reportedly include legalizing cannabis and possibly even some newly developed “club drugs.” A report by the Home Office, ordered by deputy prime minister Nick Clegg and not yet published, is expected to call for dramatic drug policy reforms. These include introducing safe injecting centers where intravenous heroin users will be provided with pharmaceutical-grade drugs under medical supervision. This model has already proven effective in Switzerland. Another expected suggestion involves emulating the two US states, Colorado and Washington, which passed referenda in 2012 to legalize marijuana. The recently appointed Liberal Democrat minister for drug policy, Norman Baker, is set to continue a review begun by his predecessor Jeremy Browne. Browne visited various countries for insight on drug policy. These included the US, where marijuana law reform is steadily advancing, as well as areas with harsher policies, such as Canada, Sweden, Denmark, Japan, and South Korea.1 Also on the list was Portugal, now famous for its 2001 decriminalization of drug possession. Baker was also in contact with the authorities in New Zealand, where a recent law opens up the possibility of legal sale of certain “club drugs.” The former Liberal Democrat minister was reportedly impressed with the island nation’s new scheme and supported the possibility of a similar policy in the UK. 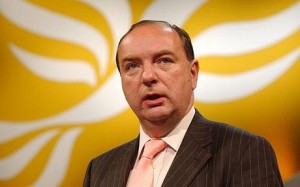 This is not the first time the party has considered similar reforms; proposals in both 2002 and 2011 would have decriminalized personal drug possession, as well as legalizing marijuana. The party’s 20052 and 2010 manifestos also gave support, although rather weakly, to sensible drug policy. However, the Liberal Democrats must contend with the fact that they are still the junior partner, so to speak, in the governing coalition. Their Conservative partners are still far from sharing their interest in drugs policy reform. Home Secretary Theresa May, for example, endorsed the banning of yet another drug in July. This was despite the Advisory Council on the Misuse of Drugs twice coming to the conclusion that the plant in question posed little threat. In order for these reforms to have a chance of being implemented, the Conservatives will need to take the views of a significant segment of their constituency more seriously. A poll in February of this year suggested that a full 40%3 of those planning on voting Conservative support the legalization of cannabis, while an additional 10% support decriminalizing personal possession. The recently founded Conservatives for Liberty aims at promoting this and other broadly libertarian policies within the party. If such efforts prove successful, this would allow the lagging reform efforts in the UK to catch up with much of the remainder of Western Europe.