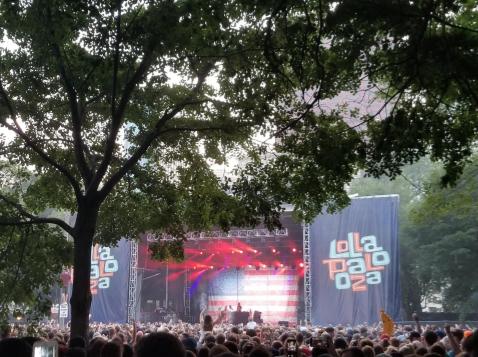 Category: Blog | August 23, 2017 By Vilmarie Narloch No comments yet

Written by Amy Hildebrand ’16, chapter leader at DePaul University SSDP and our new Illinois State Policy Intern. The first weekend of August is no normal weekend in Chicago. Locals avoid their beloved methods of public transportation like the plague and don’t dare step within a mile radius of the heart of the city known as the Loop. Metra trains in from the suburbs bring a sea of festival goers to Grant Park for the 4-day mega festival known as Lollapalooza, now in its 26th year. Originally conceived in 1991 by Jane’s Addiction frontman Perry Farrell, Lollapalooza was to be a touring festival which hoped to expose “Middle America” to a wider variety of music. The first year’s lineup featured Nine Inch Nails and Ice-T’s metal band. Fast forward to 2017 and you’ll find Muse and Mac DeMarco sharing space with Machine Gun Kelly and Migos on stages set against iconic views of the skyline. So why does everyone hate on Lollapalooza? (and Coachella, and Bonnaroo…) Commercialization and conspicuous, unsafe, consumption. Earlier this festival season, a Washington Post article detailed the corporatization of the music festival scene, one that draws in 32 million people a year in the United States alone. The Post piggybacked off a Paste Magazine article from a year earlier titled “Have We Reached Peak Music Festival?” In Paste, author Eric R. Denton writes, “The lineups look increasingly alike…and it’s starting to seem like we keep going because Instagram photos make them look way more fun than spending a rain-or-shine weekend in an open field with 50,000 other people actually is.”   I’ve heard Lolla described as everything from “Junior Prom” to “an absolute sh*t show,” and I can’t disagree. According to the Chicago Tribune, 27 people were arrested and 234 sent to local hospitals. Of the 234 sent to hospitals, the Lurie Children’s Hospital reported 19 minors treated – down from the 32 last year. In upstate Wisconsin, the small, bass-centered festival Infrasound experiences many of the same issues. My roommate, Morgan Daugherty, has attended 6 times. She says –

“Artists have said to me that it is strange and uncomfortable to look into the crowd and see people who are clearly unsafely inebriated.”

DePaul SSDP Vice President, Akemi Almeida ’16, attended Infrasound for her first time this summer. She recounted ample harm reduction practices from fellow attendees such as people offering to test drugs. Others were quick to ask her if she was okay when she decided to nap on the ground near the main stage. After comparing experiences, Morgan also noted that this year felt like a noticeable improvement from years past because attendees have taken matters into their own hands to practice harm reduction. 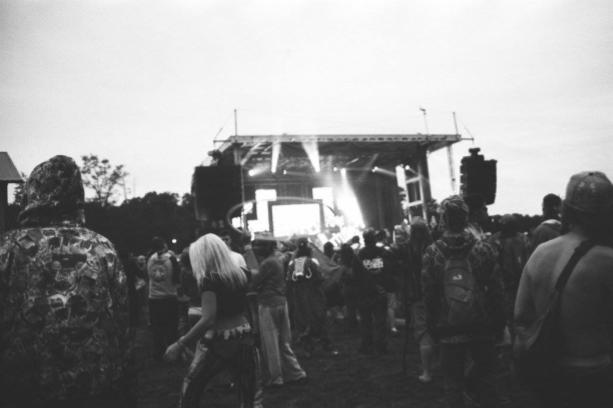 Militant security measures are a whole other set of issues at these events, with attendees often forced into unsafe situations if they choose to ignore prohibited items lists. If someone has just seconds to safely dose and ingest a powdered substance in hopes of concealing themselves from seemingly ever-present security, they may be more prone to taking an amount larger than they had intended. An April 2017 article from Pittnews (University of Pittsburgh’s independent student newspaper) details the need for safety, not security, at music festivals. Clearly, the conversation is happening, and SSDP is well suited to take the reigns in making some impactful changes. Two things are abundantly clear: people use drugs at music festivals and people want to attend without being distracted by or worried about the people next to them in the crowd. Music festivals need harm reduction. Music festivals need SSDP. On site reagent drug testing a la DanceSafe is something to strive for at all music-centered events. Even better would be widespread SSDP presence at events where young people may choose to use drugs. This means more people in our network actively practicing harm reduction in their own lives and social circles before the festival even starts. The pervasive popularity of festivals and the increasing dialogue about drugs in society are a point of intersection – a sweet spot harm reductionists can use as a platform to expand our mission. Safety and fun are not mutually exclusive. SSDP’ers know that and we can make music festivals more enjoyable experiences if we help spread that message. Want to help make festivals a better place for you and your fellow festival goers? Get a sneak peek at our new Just Say Know training curriculum lesson on Festival Harm Reduction, developed with help from DPA’s MusicFan program and DanceSafe! This lesson will be included as an elective in the 2nd Edition of the training curriculum (coming soon!). For more information about our Just Say Know peer education training, check out ssdp.org/justsayknow or email vilmarie@ssdp.org.