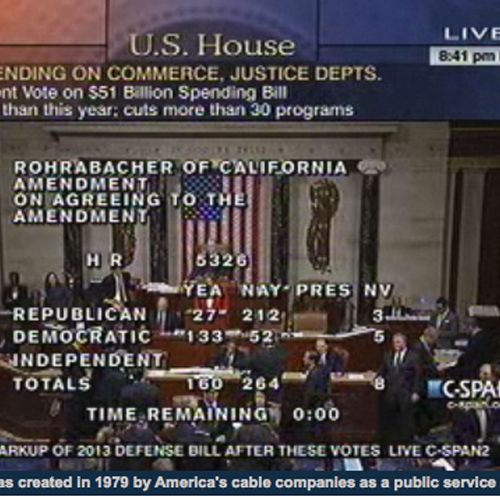 In the first Federal vote on medical marijuana in the House since 2007, tonight the House voted 262-163 against the Rohrabacher-Hinchey-McClintock-Farr amendment (read the full text here). This amendment would have banned the use of Federal funds to prevent States from implementing their own state laws that authorize use, distribution, possession, or cultivation of medical marijuana in the 16 states